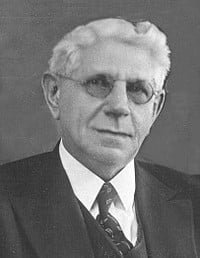 A. TRANSITION TO THE WORK OF THE HOLY SPIRIT.

As already intimated in the preceding, in passing from Christology to Soteriology, we pass from the objective to the subjective, from the work which God accomplished for us in Christ and which is in its sacrificial aspect a finished work, to the work which He realizes as time goes on in the hearts and lives of believers, and in which they are permitted, and also expected, to co-operate. And in the construction of this doctrine, too, we should be guided by Scripture. Dr. Bavinck calls attention to a difficulty that arises here, since the Bible seems to teach on the one hand that the whole work of redemption is finished in Christ, so that nothing remains for man to do; and on the other hand, that the really decisive thing must still be accomplished in and through man. Its teaching respecting the way of redemption seems to be both autosoteric and heterosoteric. Therefore it is necessary to guard against all one-sidedness, and to avoid both the Scylla of Nomism, as it appears in Pelagianism, Semi-Pelagianism, Arminianism, and Neonomism, and the Charybdis of Antinomianism, as it reared its head, sometimes as a specific doctrine and sometimes as a mere doctrinal tendency, in some of the sects, such as the Nicolaitans, the Alexandrian Gnostics, the Brethren of the Free Spirit, the Anabaptists of the more fanatic type, the followers of Agricola, the Moravians, and some of the Plymouth brethren. Nomism denies the sovereign election of God by which He has infallibly determined, not on the basis of the foreseen attitude or works of men, but according to His good pleasure, who would and would not be saved; rejects the idea that Christ by His atoning death, not only made salvation possible, but actually secured it for all those for whom He laid down His life, so that eternal life is in the most absolute sense of the word a free gift of God, and in its bestowal human merits are not taken into consideration; and maintains, either that man can save himself without the aid of renewing grace (Pelagianism), or can accomplish this with the assistance of divine grace (Semi-Pelagianism and Arminianism).

On the other hand Antinomianism, which is sometimes said to be favored by hyper-Calvinism, holds that the imputation of our sins to Christ made Him personally a sinner, and that the application of His righteousness to us makes us personally righteous, so that God sees no sin in us any more; that the union of believers with Christ is a “union of identity” and makes them in all respects one with Him; that the work of the Holy Spirit is quite superfluous, since the sinner’s redemption was completed on the cross, or — even more extreme — that the work of Christ was also unnecessary, since the whole matter was settled in the eternal decree of God; that the sinner is justified in the resurrection of Christ or even in the counsel of redemption, and therefore does not need justification by faith or receives in this merely a declaration of a previously accomplished justification; and that believers are free from the law, not only as a condition of the covenant of works, but also as a rule of life. It virtually denies the personality and work of the Holy Spirit, and in some cases even the objective atonement through Christ. Both atonement and justification are from eternity. The penitent sinner wrongly proceeds on the assumption that God is angry with him and merely needs information on that point. Moreover, he should realize that whatever sins he may commit cannot affect his standing with God.