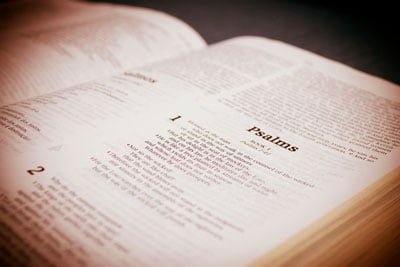 Lita Cosner – Praising the Creator in the Psalms

When considering how creation is used in the Psalms, it is not enough to only cite the places that are obviously retelling the creation account, because the psalmists use the fact of God as Creator to spur Israel on to worship and trust God in all sorts of other ways. In addition, some psalms attribute abilities and actions to God that make no sense apart from His identity as the Creator.

Yahweh’s absolute rule over the nations

One characteristic of Yahweh which cannot be understood apart from creation is His absolute sovereignty over human affairs. For instance, Psalm 2 recounts the united rebellion of all nations against God. Yahweh’s response is simply to laugh in derision before sending His chosen King to rule them (see also 37:12–13). His absolute sovereignty only makes sense if He is the Creator. The resistance of His creatures makes no difference; He will be absolutely victorious over them.

Yahweh’s knowledge of the human heart

The Psalms also assert that Yahweh knows people’s thoughts. David confidently calls Yahweh “you who test the minds and hearts” (7:9). And “Yahweh is in his holy temple, Yahweh’s throne is in heaven; his eyes see, his eyelids test the children of man. Yahweh tests the righteous, but his soul hates the wicked and the one who loves violence” (11:4–5). This ability goes beyond that attributed to any created creature, and again points to Yahweh as the One who is perfectly able to judge His creatures.