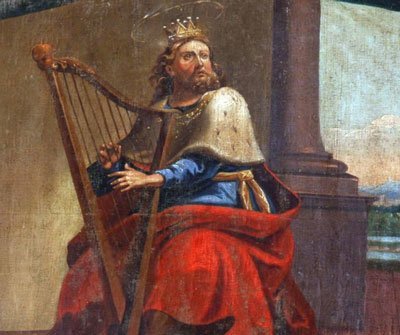 One of the biggest misconceptions that people have about the Bible is that while narrative teaches history, poetry is not conveying historical truth. While the poetry in the Bible does not communicate in the same way as narrative (or it would not be poetry), and has different emphases, it is a vehicle for creating truth. The main difference is that the goal in narrative writing is generally to convey what happened, while the poetry in the Bible, and particularly in the Psalms, generally calls us to worship God because of His character and actions.

While creation passages do not feature heavily in the books which recount Israel’s history, this does not mean that the emphasis of God as Creator is a later innovation. When we look at the Psalms, which were composed from David’s time up to the time of the exile (and one was composed by Moses much earlier), we see that creation is a consistent theme that is utilized in many different ways, and as such was important for Israelites’ view of Yahweh’s identity.

There are several psalms that focus on all or part of God’s creative work, and these can tell us a lot about the psalmists’ view of creation. The most in-depth creation psalm is Psalm 104, and it’s worth taking an extended look at its statements about creation.

Bless Yahweh, O my soul!
O Yahweh my God, you are very great!
You are clothed with splendor and majesty,
covering yourself with light as a garment,
stretching out the heavens as a tent.
He lays the beams of his chambers on the waters;
he makes the clouds his chariot;
he rides on the wings of the wind;
he makes his messengers winds,
his ministers a flaming fire.
He set the earth on its foundations,
so it should never be moved (104:1–5).

As is typical for Psalms, it starts by praising God, and in this case, the occasion for praise is the greatness of His work in creation. The vocabulary in this section evokes Day 1 of creation week, with the mention of the creation of the heavens and earth, the waters, and light. This psalm also seems to suggest that the angels were also created on Day 1, even though the Genesis creation account, which is concerned only with the physical creation, does not mention when the angels were created.