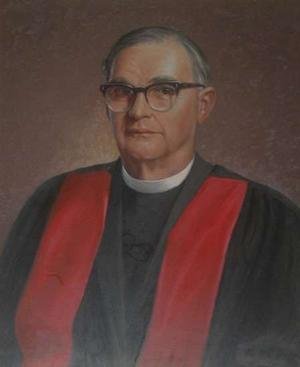 Leon Morris – The Authority of the Bible Today

All Christians agree that their ultimate authority is God. But to the question, “How is this ultimate authority mediated to men?” various answers are given. Broadly speaking, these reduce to three according as most weight is given to the authority seen within the believer (the consecrated reason, or the believer’s experience of God), within the Church, or within the Bible. In practice we all give some allegiance to all three. Thus evangelicals who put their emphasis on the Bible come behind no man in their insistence on the full exercise of reason, on the necessity for a personal experience of Christ and His Spirit, and on the fact that the Bible must be read in the fellowship of the Church. Nevertheless, the distinction is a valid one. In the last resort what counts with the evangelical is the authority of the Bible, just as what counts with the liberal is the exercise of reason, and with the “catholic” the authority of the Church.

There cannot be the slightest doubt but that from the earliest times Christians have conceived of their authority as rooted in the Bible. The New Testament writers recognized that of themselves they were not sufficient, but they claimed that they had a sufficiency which came from God (II Cor. 3:5f.). Peter said they spoke “by the Holy Spirit” (I Peter 1:12). The claims they made were not exclusively for the spoken word, for Paul specifically referred to the things which he was writing as the command of the Lord (I Cor. 14:37), and II Peter 3:16 classes the Pauline writings as scripture. More could be cited. The men of the New Testament recognized that all that they did rested on the fact that in Jesus of Nazareth God Himself had become incarnate. The salvation He wrought was consequently God’s salvation. It was a salvation that God commanded to be proclaimed to men. And God Himself was in the proclaiming as in the accomplishing of this salvation. His Spirit superintended all that was done. Before the apostles were taken away He guided them as they wrote words which should be authoritative for all that came after.

Nobody recognizes this more clearly than the immediate successors of the apostles. “As if by some providential instinct, each one of those teachers who stood nearest to the writers of the New Testament contrasted his writings with theirs, and definitely placed himself on a lower level.” They see in the apostolic writings the authoritative deposit of truth, and they make their appeal to it. It is important to be clear on this. There never was a time when the Christian Church appealed to any other authority.