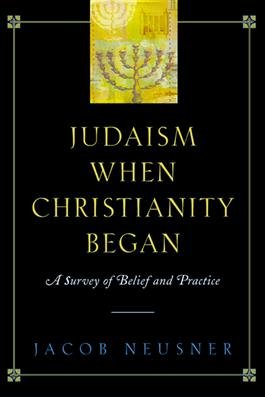 A fundamental element of studying Scripture includes matters of a historical nature in particular when taking a look at the societal and religious environment that existed during the period of the New Testament. Springing forth from this milieu was a group of individuals who followed Jesus. Their religious upbringing; however, was rooted in Judaism. Certainly the spread of the gospel during this period moved out into the Gentile world, but it began as Jesus commanded with the declaration to the people of Israel of the fact that Jesus is the risen Messiah. With all that said, it is thus important to understand a bit about what Judaism taught and believed during this period. While not all of Judaism as a religion can be said to be completely founded in Old Testament teaching as a great deal of Rabbinic thought over the years had crept in, it is still worthy of study to dig into the beliefs, practices, and perspectives of the religious leaders of the day on matters such as Scripture, God, oral and written tradition, issues of holiness and sacred space, as well as how the approached death and the afterlife. To some degree we can get a picture of how they maintained a commitment to God’s Word and in other cases where things went off track.

In his book Judaism When Christianity Began, noted professor and author Jacob Neusner explores the aforementioned subject matter. I must mention this is more of a survey style book meaning Neusner tackles the major highlights, but for a survey book, this one is quite packed with information.

He first provides a helpful introduction on what Judaism was and given the variety of religious perspectives that fell under the umbrella of Judaism, it is important to understand the similarities and differences of the various sects of that faith. Neusner also outlines the important writings of Judaism to include obviously the Old Testament and also the Mishnah and the Talmud. I found the examples from the Talmud sprinkled throughout this book to be quite interesting as they provide a picture of how the Rabbis worked through a number of issues. As one reads through that Rabbinic commentary Neusner provides, it will certainly bring to mind many of the religious traditions Jesus challenged and why a number of His conversations with the Pharisees and the people began with “You have heard it said”.

Perhaps the chapter I found most interesting was Neusner’s exploration of what it meant to be holy in the world of Judaism. Anyone who has worked their way through the Old Testament books of the law understands the emphasis that was placed on approaching God without stain or blemish. One could simply not come before a holy and perfect God any way they wanted and they certainly could not present just anything as a sacrifice for sin. Things had to be just right. Neusner aptly notes, “The Torah, written and oral, defines the matter with precision” meaning that the Old Testament (the written Torah) and the traditions and teachings of the Rabbis (the oral Torah), dealt down to the finest detail how to sanctify oneself before God. This particular chapter provides a window into why the Pharisees took such umbrage with Jesus and the disciples for not washing their hands.

I also found the chapter on death and the afterlife to be informative. Neusner comments that “death is natural to the human condition; sages in no way deemed death a challenge to the doctrine of God’s goodness but encompassed within that doctrine the fact that man dies. Death came about by reason of Adam’s and his descendants sins.” In Judaism, there was a belief that death was not the end. We find in the Old Testament references to the promise of the resurrection from the dead, albeit in seed form. Neusner states “as far as the individual is concerned, beyond the grave, at a determinate moment, a person (1) rises from the grave in resurrection, (2) is judged), and (3) enjoys the world to come.” A more corporate perspective is also found meaning “all Israel participates in the resurrection, which takes place in the Land of Israel, and enters the world to come.” I found it valuable to see that the religious sages found proof of the resurrection in the Torah (Old Testament). There is a tendency within Christianity to see the teaching of the resurrection from the dead as simply a New Testament construct when in fact this promise was provided by God all along the way in His Word. Neusner also states that even in the prayers of petition recited three times a day one can find hope in the resurrection:

“Your might, O Lord, is boundless. Your loving kindness sustains the living, your great mercies give life to the dead. You support the falling, heal the ailing, free the fettered. You keep your faith with those that sleep in the dust. Whose power can compare with yours? You are the master of life and death and deliverance. Faithful are you in giving life to the dead. Praised are you, Lord, master of life and death.”

We find a circular pattern of history within Judaism that correctly reflects the overall pattern found in Scripture, namely a return to that which was lost – the return to the Garden and eternal life in the presence of God for those who are His people.

All in all I found this to be a very fascinating book. For some, reading through Rabbinic thought may seem to be a bit boring. Others may wonder why the need to study any of this at all. To those who might be tempted to think along those lines, let me highly recommend you take the time and effort to read this particular survey book. It is scholarly yet accessible and I believe covers some important subjects for believers and followers of Jesus to understand. Reading this book will enable you to identify areas where the religious leaders taught in alignment with Scripture and where they depended on the traditions of man to define truth.

I received this book for free from Westminster John Knox Press and the opinions I have expressed are my own. I am disclosing this in accordance with the Federal Trade Commission’s 16 CFR, Part 255 : “Guides Concerning the Use of Endorsements and Testimonials in Advertising.”