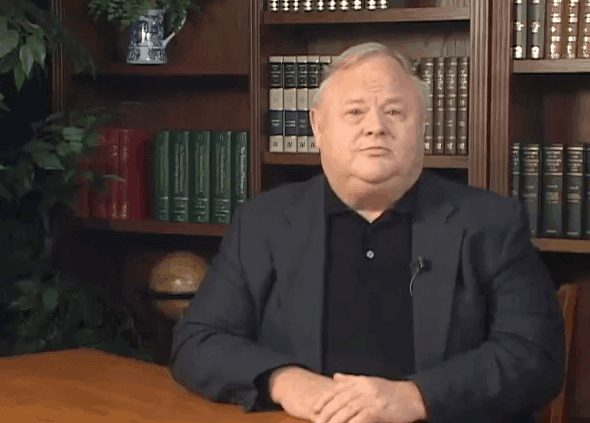 It has become increasingly common in Reformed circles, as it has long been in Lutheran circles, to say that the distinction between law and gospel is the key to sound theology, even to say that to differ with certain traditional formulations of this distinction is to deny the gospel itself.

Sometimes this argument employs Scripture passages like Rom. 3:21-31, emphasizing that we are saved by God’s grace, through faith alone, apart from the works of the law. In my judgment, however, none of the parties to the debate questions that justification is by grace alone, through faith alone, by the imputed righteousness of Christ alone. But it is one thing to distinguish between faith and works, a different thing to distinguish law and gospel.

The distinction between law and gospel is not a distinction between a false and a true way of salvation. Rather, it is a distinction between two messages, one that supposedly consists exclusively of commands, threats, and therefore terrors, the other that consists exclusively of promises and comforts. Although I believe that we are saved entirely by God’s grace and not by works, I do not believe that there are two entirely different messages of God in Scripture, one exclusively of command (“law”) and the other exclusively of promise (“gospel”). In Scripture itself, commands and promises are typically found together. With God’s promises come commands to repent of sin and believe the promise. The commands, typically, are not merely announcements of judgment, but God’s gracious opportunities to repent of sin and believe in him. As the Psalmist says, “be gracious to me through your law,” Psm. 119:29.

The view that I oppose, which sharply separates the two messages, comes mainly out of Lutheran theology, though similar statements can be found in Calvin and in other Reformed writers.1 The Epitome of the Lutheran Formula of Concord, at V, 5, recognizes that gospel is used in different senses in Scripture, and it cites Mark 1:15 and Acts 20:21 as passages in which gospel preaching “correctly” includes a command to repent of sin. But in section 6, it does something really strange. It says,

But when the Law and the Gospel are compared together, as well as Moses himself, the teacher of the Law, and Christ the teacher of the Gospel, we believe, teach, and confess that the Gospel is not a preaching of repentance, convicting of sins, but that it is properly nothing else than a certain most joyful message and preaching full of consolation, not convicting or terrifying, inasmuch as it comforts the conscience against the terrors of the Law, and bids it look at the merit of Christ alone…

I say this is strange, because the Formula gives no biblical support at all for this distinction, and what it says here about the “gospel” flatly contradicts what it conceded earlier in section 5. What it describes as “correct” in section five contradicts what it calls “proper” in section 6. What section 6 does is to suggest something “improper” about what it admits to be the biblical description of the content of gospel, as in Mark 1:15 and Acts 14:15.2 Mark 1:15 is correct, but not proper.