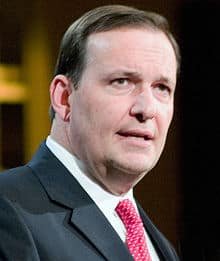 The phrase, The Covenant of Redemption (and I am not speaking of Robertson’s Covenant of Redemption, no), historically in the Reformed tradition refers to the intertrinitarian covenant, especially the covenant between the Father and the Son before the foundation of the world. It took place in eternity and is the plan by which election would be elective. Berkhof defines it this way, “the Covenant of Redemption is the agreement between the Father giving the Son as head and redeemer of all the elect and the Son voluntarily taking the place of those whom the Father has given Him.” And so the Father, foreseeing the fall, in His grace effects a covenant with the Son in which He gives all the elect to the Son and the Son says I will take their place. Now where in the world did the Covenant Theologians get this? Well, we are going to look at this very closely later on. But let’s look at some of the outline.

First of all, they found it in the Messianic Psalms—Psalm 2:7-9—where we have a picture of God speaking to the king: “I will surely tell of the decree of the LORD: He said to Me, ‘Thou art My Son, Today I have begotten Thee. Ask of Me, and I will surely give the nations as Thine inheritance, And the very ends of the earth as Thy possession. Thou shalt break them with a rod of iron, Thou shalt shatter them like earthenware.’”

Now in that Messianic Psalm (and by the way, that is a Psalm and that is a passage in that Psalm that is directly identified as messianic in the New Testament; we’re not doing this by implication; it is directly quoted as a Messianic Psalm in reference to Christ, so there is no speculation involved here), the Covenant Theologians say, “What is happening there?” God the Father is giving to the Son the nations as His inheritance and is appointing the Son in that phrase, “Thou art My Son, this day I have begotten Thee.” That doesn’t mean that Christ is coming into being that day. That is the language of the royal enthronement. “Thou art the Son, today I have begotten Thee.” It is as if the king of Israel has just ascended the throne now. And the Father is saying I have appointed you now as the monarch over all your inheritance, all the chosen people. And so the Son takes the role of Mediator and of head. You see this also in Psalm 40:7-9 which is another royal Psalm. You see it in Psalm 89:3 and again it is picked up in Hebrews 10:5-7 and elsewhere, applied to Christ.