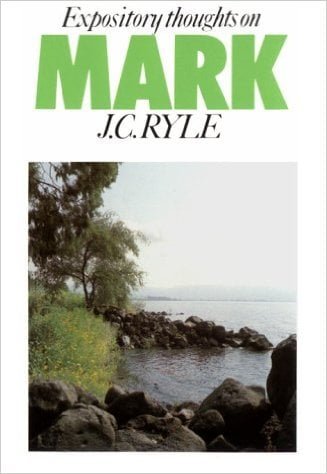 The Gospel of Mark, which we now begin, is in some respects unlike the other three Gospels. It tells us nothing about the birth and early life of our Lord Jesus Christ. It contains comparatively few of His sayings and discourses. Of all the four inspired histories of our Lord’s earthly ministry, this is by far the shortest.

But we must not allow these peculiarities to make us undervalue Mark’s Gospel. It is a Gospel singularly full of precious facts about the Lord Jesus, narrated in a simple, terse, pithy, and condensed style. If it tells us few of our Lord’s SAYINGS, it is eminently rich in its catalogue of His DOINGS. It often contains minute historical detail of deep interest, which are wholly omitted in Matthew, Luke and John. In short, it is no mere abridged copy of Matthew, as some have rashly asserted, but the independent narrative of an independent witness, who was inspired to write a history of our Lord’s WORKS, rather than of His WORDS. Let us read it with holy reverence. Like all the rest of Scripture, every word of Mark is “given by inspiration of God,” and every word is “profitable.”

Let us observe, in these verses, what a full declaration we have of the dignity of our Lord Jesus Christ’s person.The very first sentence speaks of Him as “the Son of God.”

These words, “the Son of God,” conveyed far more to Jewish minds than they do to ours. They were nothing less than an assertion of our Lord’s divinity. They were a declaration that Jesus was Himself very God, and “equal with God.” (John 5:18.)

There is a beautiful fitness in placing this truth in the very beginning of a Gospel. The divinity of Christ is the citadel and keep of Christianity. Here lies the infinite value of the atoning sacrifice He made upon the cross. Here lies the peculiar merit of His atoning death for sinners. That death was not the death of a mere man, like ourselves, but of one who is “over all, God blessed forever.” (Rom. 9:5.) We need not wonder that the sufferings of one person were a sufficient propitiation for the sin of a world, when we remember that He who suffered was the “Son of God.”

Let believers cling to this doctrine with jealous watchfulness. With it, they stand upon a rock. Without it, they have nothing solid beneath their feet. Our hearts are weak. Our sins are many. We need a Redeemer who is able to save to the uttermost, and deliver from the wrath to come. We have such a Redeemer in Jesus Christ. He is “the mighty God.” (Isaiah 9:6.)

Let us observe, in the second place, how the beginning of the Gospel was a fulfillment of Scripture. John the Baptist began his ministry, “as it is written in the prophets.”

There was nothing unforeseen and suddenly contrived in the coming of Jesus Christ into the world. In the very beginning of Genesis we find it predicted that “the seed of the woman should bruise the serpent’s head.” (Gen. 3:15.) All through the Old Testament we find the same event foretold with constantly increasing clearness. It was a promise often renewed to patriarchs, and repeated by prophets, that a Deliverer and Redeemer should one day come. His birth, His character, His life, His death, His resurrection, His forerunner, were all prophesied of, long before He came. Redemption was worked out and accomplished in every step, just “as it was written.”

We should always read the Old Testament with a desire to find something in it about Jesus Christ. We study this portion of the Bible with little profit, if we can see in it nothing but Moses, and David, and Samuel, and the prophets. Let us search the books of the Old Testament more closely. It was said by Him whose words can never pass away, “These are the Scriptures that testify about Me,” (John 5:39.)