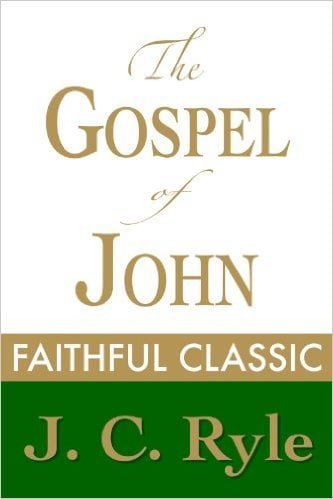 The Prologue to the Gospel

The Gospel of John, which begins with these verses, is in many respects very unlike the other three Gospels. It contains many things which they omit. It omits many things which they contain. Good reason might easily be shown for this unlikeness. But it is enough to remember that Matthew, Mark, Luke, and John wrote under the direct inspiration of God. In the general plan of their respective Gospels, and in the particular details–in everything that they record, and in everything that they do not record–they were all four equally and entirely guided by the Holy Spirit.

About the matters which John was specially inspired to relate in his Gospel, one general remark will suffice. The things which are peculiar to his Gospel are among the most precious possessions of the Church of Christ. No one of the four Gospel-writers has given us such full statements about the divinity of Christ–about justification by faith–about the offices of Christ–about the work of the Holy Spirit–and about the privileges of believers, as we read in the pages of John. On none of these great subjects, undoubtedly, have Matthew, Mark, and Luke been silent. But in John’s Gospel, they stand out prominently on the surface, so that he who runs may read.

The five verses now before us contain a statement of matchless sublimity concerning the divine nature of our Lord Jesus Christ. He it is, beyond all question, whom John means, when he speaks of “the Word.” No doubt there are heights and depths in that statement which are far beyond man’s understanding. And yet there are plain lessons in it, which every Christian would do well to treasure up in his mind.

We learn, firstly, that our Lord Jesus Christ is eternal. John tells us that “in the beginning was the Word.” He did not begin to exist when the heavens and the earth were made. Much less did He begin to exist when the Gospel was brought into the world. He had glory with the Father “before the world was.” (John 17:5.) He was existing when matter was first created, and before time began. He was “before all things.” (Col. 1:17.) He was from all eternity.