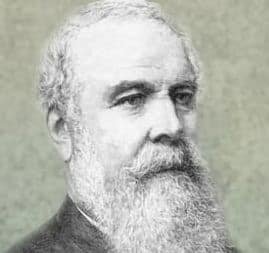 “The fear of man” will indeed “prove to be a snare” (Proverbs 29:25). It is terrible to observe the power which it has over most minds, and especially over the minds of the young. Few seem to have any opinions of their own, or to think for themselves. Like dead fish, they go with the stream and tide: what others think is right, they think is right; and what others call wrong, they call wrong too. There are not many original thinkers in the world. Most men are like sheep, they follow a leader. If it was the fashion of the day to be Roman Catholics, they would be Roman Catholics, if it was to be Islamic, they would be Islamic. They dread the idea of going against the current of the times. In a word, the opinion of the day becomes their religion, their creed, their Bible, and their God.

The thought, “What will my friends say or think of me?” nips many a good inclination in the bud. The fear of being looked at, laughed at, ridiculed, prevents many a good habit from being taken up. There are Bibles that would be read this very day, if the owners dared. They know they ought to read them, but they are afraid: “What will people say?” There are knees that would be bent in prayer this very night, but the fear of man forbids it: “What would my wife, my brother, my friend, my companion say, if they saw me praying?” Oh, what wretched slavery this is, and yet how common! “I was afraid of the people and so I gave into them,” Saul said to Samuel, “and so he violated the Lord’s command” (1 Samuel 15:24). “I am afraid of the Jews,” said Zedekiah, the graceless king of Judah: and so he disobeyed the advice which Jeremiah gave him (Jeremiah 38:19). Herod was afraid of what his guests would think of him: so he did that which made him “greatly distressed,” he beheaded John the Baptist. Pilate feared offending the Jews: so he did that which he knew in his conscience was unjust–he delivered up Jesus to be crucified. If this is not slavery, what is?