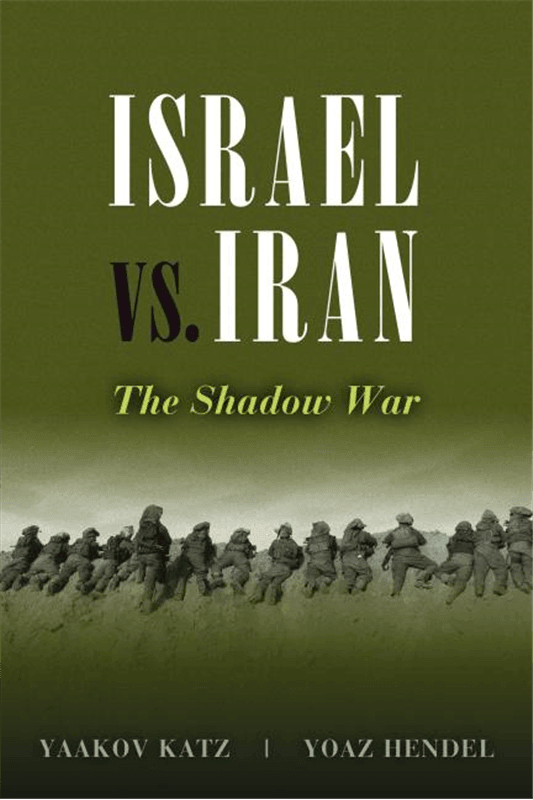 Israel vs. Iran: The Shadow War

It is no secret regarding the existence of hostilities between Israel and Iran. While the overt war between the two nations as not yet taken place, a shadow war clearly exists with Iran utilizing a number of fronts to include terrorist proxy groups to extend its reach as part of Iran’s continued and established plan to eliminate the nation of Israel.

Yaakov Katz and Yoav Hendel have written a fascinating book aptly titled Israel vs. Iran: The Shadow War in which they outline using their combined years of knowledge as well as first-hand interviews and a plethora of information from both Western and Israeli governmental, military and media sources. The overarching purpose of this book is to reveal the tactics used by Iran both directly and through their proxies as well as to demonstrate the responses and governmental policies by Israel.

Essentially, Israel is in a constant state of war. While not always in a declared war status, they have to remain constantly vigilant given the persistent tactics used by Iran to destabilize the region, most notably using Hamas and Hezbollah as the northern and southern fronts of their overall strategy against Israel. The battle takes place through covert means such as the aforementioned terrorist groups establishing footholds in key border areas as well as the often used tunneling and smuggling tactics in an effort to move large caches of weapons into Lebanon and Gaza, weapons supplied eagerly by Iran.

Katz and Hendel walk the reader through the history of this struggle, focusing specifically on events from the period of 2007 to 2012 the time during which this book was published. They also take a look back in time to how the Israeli military, through a variety of successes and notable failures, has adjusted their military posture and engagement of these terrorist organizations.

Recognizing the need to alter their training methodology following some military failures, the Israeli military embarked on an urgent and focused evaluation of its training procedures, most notably its use and approach to training its reserve units. Katz and Hendel discuss in great detail the vast improvements made and the different approaches and methodologies implemented by Israel’s military leaders in recognition of past failures and in response to the ever increasing methods taken by her enemies to obtain more advanced weaponry.

Perhaps the most interesting element of this book was the description of a number of key military events and covert operations undertaken by Israel. For instance, the focused effort to sabotage Syria’s nuclear reactor and the events leading to the bombing of the nuclear compound. Also of interest was the in-depth description of Mossad’s shadow war and their efforts, along with assistance from the CIA, to take out important terrorist leaders. Furthermore, Katz and Hendel note the continued struggle Israel has in dealing with Hamas and Hezbollah, both in counteracting their efforts to obtain weapons that reach deeper into Israeli territory while trying to ensure they limit civilian causalities so as to not come under the harsh scrutiny of world opinion. This is not an easy line to walk and the intelligence needed to ensure accurate assessments before attacking and engaging, either on land or at sea is paramount. It was interesting to read the means by which Israel has at their disposal to include advanced intelligence techniques. With that said, despite those advanced methodologies, they run the risk of error and increasing the ever present hostilities.

This is a highly informative book and its authors describe in great detail the war that exists between Israel and Iran. Hell bent on Israel’s destruction, Iran continues to use all means at its disposal, most notably terrorist proxies, to achieve its grand designs. Israel is well equipped to respond and has used both her successes and failures to develop a well-rounded strategy for keeping the terrorists and their supporters at bay. It is a constant struggle fraught with potential pitfalls. Katz and Hendel have done an excellent job of providing valuable and interesting information for the reader to have a great deal of insight into the particulars of this struggle. If you are a student of history, especially when it comes to topics such as the Middle East, Israel, Iran, and terrorism, you will find this book to be a worthy read.

I received this book for free from University of Nebraska Press and the opinions I have expressed are my own. I am disclosing this in accordance with the Federal Trade Commission’s 16 CFR, Part 255 : “Guides Concerning the Use of Endorsements and Testimonials in Advertising.”