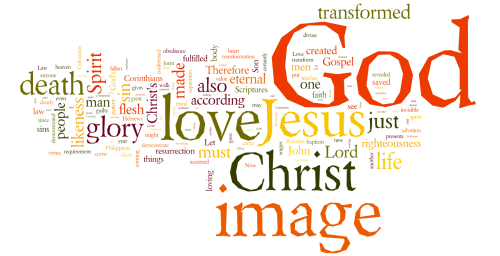 by Dave Jenkins | Nov 10, 2016 | The Beginning of Redemptive History through the Lives of Adam and Eve, Featured

At the heart of much of the discussion on gender today is a wrong understanding of the image of God in man. Much of this discussion is occurring in a secular media that wants to promote “equality and tolerance”. These people want people to believe that there is fundamentally no difference between being a man and being a woman. The evidence is overwhelming in favor of a man being a man and a woman being a woman. There is no denying this.

The transgender movement today has further conflated matters pertaining to the image of God. The homosexuality movement has shifted and now many people feel this is a cultural norm. Yet, the truth of the Bible stills stands. Despite what popular culture would like everyone to believe, people cannot deny that God had a specific idea in mind when He created man in His image and after His likeness. In this article, we’ll trace how God has created man in His image and likeness.

In addition to these challenges to gender roles, evolutionary thinking has led many people to conclude that there is no difference between humans and other organisms. By this, I’m referring to the Theory of Evolution, which suggests that all organisms have come to be through blind, unguided process of random variation, natural selection, and other statistical population effects such as genetic drift. Although there are other versions of evolutionary theory, this one is prominent, and it carries serious implications with respect to what it means to be human.

One result of the Theory of Evolution is its promotion (by extension) of the degradation of the moral significance of life. Those that lift up this theory as “truth” claim that morality is up to the individual or the culture; that morality is relative, in other words. They say we ought to tolerate moral differences among one another. Most of them don’t see where that path leads. Moral relativism makes moral progress impossible.

Consider that another implication of this philosophy is of the one in 1950 in Montgomery—a place and time when segregation and racism were not considered wrong. So when Rosa Parks sat in the front of the bus, and when Martin Luther King Jr. led a movement to recognize African-Americans’ full humanness, at the end of it all we shifted from one cultural viewpoint to another, and neither one of them was wrong. It was a lateral shift. It wasn’t moral progress at all. The relativist position says, “What right do you have to judge another culture?” But moral progress means precisely that we judge another culture: our own previous culture. It means that at the end of it all, we say, “We’ve become better than we were.” Moral progress is impossible if you can’t say we’ve become better than we were before—but relativism doesn’t allow that.

Remind a moral relativist that if it’s wrong to judge other cultures, then they can’t find the slightest fault with our previous culture of condemning homosexuality. That was the cultural norm, so it must have been just fine. Not only that, but if we move toward a culture that approves homosexuality, that’s not progress—not even from their own (twisted) perspective—because there is no such thing as moral progress.

The Image of God Strikes Back

J.P. Moreland wrote a book called, The Recalcitrant Imago Dei: Human Persons and the Failure of Naturalism. I like that title. There are some genuine 50¢ words in there, but they’re good ones. Imago Dei means the “image of God” in Latin. Naturalism is the theory (roughly) that nothing exists but nature—nothing but matter and energy, interacting by natural law and chance. It says there is no God and no spiritual reality, and there are no souls, only bodies.

Recalcitrant is the key word. It means “obstinately uncooperative”. We use it to describe misbehaving kids or criminals who won’t change, no matter how much correction gets applied to them. Human nature is obstinately resistant to cooperating with what evolutionary theory says we ought to think about ourselves. If unguided evolution is true, we shouldn’t be fooled by these “illusions” of consciousness or free will—but we just can’t help ourselves. We shouldn’t think we’re more significant than any other organism, but we just won’t get with the program!

There’s a reason for our obstinacy. The fact is we are humans, and no matter how hard someone might try to talk ourselves out of it, we’re going to go on being human. We were created in the image of God. That’s who we are, and that’s who we will always be. Being created in God’s image means that we glorify him by thinking, feeling, deciding, relating, building, and creating—even in so-called “non-spiritual” realms of life; and these are good things to do. It also means that we have moral significance. It means we can fail morally, and turn all of this to bad ends. No one needs to tell you that we’ve done that, but still we’re going to spend considerable time on it when we move to our next topic.

The pinnacle of creation is humanity. Humans (both male and female) are made in the image of God (Genesis 1:26; 5:1-2). They have life that is sacred (Genesis 9:6), and they are to resemble God in character, speech, and actions so that they might have relationships of fellowship and worship with him and with one another. Their calling was, in short, to be fruitful so that the glory and goodness of God would multiply through them (Genesis 1:28). That is, they were to be agents of God’s dominion on earth, and the blessing of fruitfulness would enable them to fill the earth with God’s image-bearers. As God’s kingdom extends to the whole world, so his rule was to extend to every corner of the earth by his direct influence and by his image-bearers which we are privileged to be.

Jesus Christ, as the Second Adam, fulfills God’s image-bearing purposes and enables God’s people to do the same. The apostle Paul speaks of “the light of gospel of the glory of Christ, who is the image of God” (2 Corinthians 4:4; Col. 1:15). Jesus is the image of God that we were intended to be. And as we are united to him by faith, God sees us as his children, clothed in the righteousness of his Son, to whom we are conformed (Romans 8:29) in righteousness and holiness (Ephesians 4:24).

Through His perfect life and suffering the penalty for our sin as the perfect God-man, Jesus provided for humans to be renewed in the image of God through faith in Him (2nd Corinthians 3:18; Philippians 2:6-7; Colossians 3:10).

In short, God’s original goal of spreading His righteous rule throughout the earth is being realized by the proclamation of the Gospel throughout the world (Colossians 1:6, 10). Just as Adam and Eve were to reproduce and multiply, so the early church is spoken of as reproducing and multiplying (Acts 6:7; 12:24; 19:20; Colossians 1:8-15).

The truths of Genesis 1-2 are facing increasing attacks. At the heart of these attacks is the question of what it means to be a human, created in the image and likeness of God. Christians do not need to be silent. Instead they need to speak up and continue to proclaim that life from the womb to the tomb is created, given, and sustained by God.