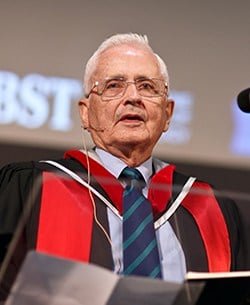 Why Read the Old Testament?

Before commencing to build our bridge, we must ask a more basic question: why bother bridging the gap in the first place? For many Christians, the problem is not how to read the Old Testament but why it should be read at all.

Why Some People Don’t Read the Old Testament

Some people still are influenced by the intellectual climate of the nineteenth century, which did much to undermine a positive appreciation of the Old Testament. The philosophical stand-point of the time led people to conclude that the Christian religion, as found in the New Testament, was nothing more than the natural evolution of man’s ideas about God. Consequently the Old Testament was regarded as a primitive, and therefore outdated, expression of religion. It was seen not only as being pre-Christian because it failed by several centuries to be concerned with the events of the gospel, but also as being sub-Christian because it failed to reach the ethical and theological heights of the New Testament. Yet many people who are quite unaffected by such ideas about the Old Testament may in practice adopt a similar attitude. For they see it as no more than a background to the teaching of the New. Perhaps they would refuse to downgrade the theological importance of the Old Testament because of their convictions about the inspiration and authority of the whole Bible. But in practice such people can be even more neglectful of the Old Testament than other Christians are, who do not hold such a high view of inspiration.

Ironically, the evangelical view of scripture itself can make the problem worse. For the ‘evolutionist’ is happy to dismiss as crude and primitive those parts of the Old Testament which he finds morally offensive. The ‘conservative’, on the other hand, has to find some way of reconciling his view of the Old Testament as the word of God with such things as … Israel’s slaughter of the Canaanites, the cursing of enemies in some psalms, or the wide prescription of capital punishment in the law of Moses. Even if parts of the Old Testament do not appear morally reprehensible to the ‘conservative’ Christian, other parts appear to be completely irrelevant.