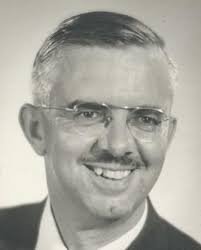 The question of the nature of history has been raised in a recent article inBulletin which demands further discussion.! In this article the present writer was quoted because he refuses “to accept the resurrection as objective Historie.” “The New Testament does not share the modern idea of history, and it does not represent the resurrection of Jesus as an “historical” event in the modern critical sense of this word. It was an event without historical cause . . . The resurrection is also without historical analogy . . . . The basic problem for the modern theologian is this. Shall we insist upon a definition of history broad enough to include such supra-historical events as the resurrection; or shall we accept the modern view of history as a working method but insist that there is a dimension within history which transcends historical control? The latter is the method of Karl Barth; and … it appears to be the only adequate explanation which satisfies the data of redemptive history.” Montgomery feels that the position expressed in this quotation embodies a fallacious methodology which “inevitably weakens the central Christian truth of Incarnation.” He maintains that this form of “metahistory” will accomplish nothing because it has no meaning to the non-Christian since it is beyond the possibility of investigation. He insists that the event of Heilsgeschichte must be regarded as Historie in the fullest sense of the word lest their objectivity be lost. We ought not to allow fear of criticism to lead to the “Barthian divorce between theology and history and to all its attendant evils.”

The basic question at stake is that of the definition of terms: what is meant by Historie? Montgomery’s concern is that the Resurrection of Christ be regarded as Historie lest its objectivity and facticity, and along with it the reality of the Incarnation, be lost.

At the outset, the present author would join hands with Montgomery in a concern to preserve the objectivity and facticity of the Resurrection and of the Incarnation as well. A recent essay in another j ourna14 had the purpose of arguing that the historical method requires a real objective event to account for the resurrection faith of the early church, even though that event is of such a nature that it transcends ordinary historical experience. The article apparently was sufficiently persuasive to demand an answer from a scholar outside the evangelical circle.