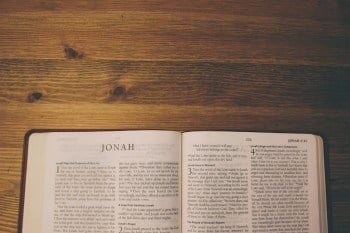 hen asked which verse best summarizes the whole of Scripture, Edmund Clowney famously pointed to Jonah 2:9, “Salvation belongs to the LORD.” I’ve heard Bryan Chapell answer a similar question with the same verse. In terms of one verse standing on its own, I doubt a better answer could be given.

If context is considered, though, I’d argue a better summation of Scripture comes two verses later: “Then the word of the LORD came to Jonah a second time” (Jonah 3:1).

The word initially came to Jonah while he was in the promised land. While enjoying the peace and security of Yahweh’s presence, he was told to prophesy to the Assyrians. In a sense, Jonah was called to extend the boundaries of Yahweh’s rule from the little territory of Israel to the “exceedingly great city” of Nineveh.