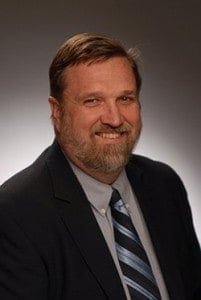 Like Samuel and Kings, the books of 1 and 2 Chronicles were originally one book. While it covers much of the same material as Kings, the purpose and point of the book is decidedly different. Written over century after Kings, the book covers down to the post-exilic period, where the Jews were faced with the great challenge of rebuilding Jerusalem. The story, as told here, is encouraging and inspiring.

“If my people, which are called by my name, shall humble themselves, and pray, and seek my face, and turn from their wicked ways; then will I hear from heaven, and will forgive their sin, and will heal their land” (2 Chron. 7:14).

Background of the Book:

According to Jewish tradition, the author of Chronicles was Ezra. Given the theme of the book, and the period that produced it, I take this surmise as likely. The book of Kings emphasized the interaction of kings and prophets. This book emphasizes the interaction of kings and priests. The great interest of this book is Temple building. We have David’s preparation for Temple-building. We also have Solomon building and dedicating the Temple. We have Hezekiah insisting on a cleansing and refurbishing of the Temple, and then holding a great celebration of Passover there. And a few generations later, we see Josiah restoring the Temple. On top of that, this book was written in the post-exilic period, when one of the great tasks facing the people was the rebuilding of the Temple.

The structure of Chronicles is very detailed, and it would be tedious to get into all of it here. But just a few things are worth pointing out. One is that the book does break into four parts, easily identifiable. The first is the Book of Genealogies. The second is the Book of David. The third is the Book of Solomon. The fourth is the Book of the Kings of Judah. The second thing is that if we look at just the first of these books, we can tell that the whole has been assembled very carefully, and with the main theme in mind. The genealogies are—of course—a chiasm (Dorsey), and they emphasize the importance of worshiping God rightly.