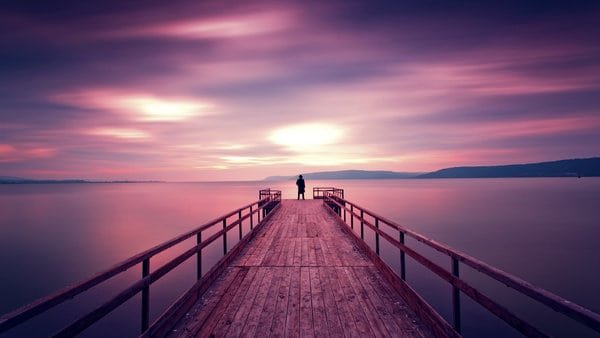 Martin Luther, whose tormented conscience and anguished thinking launched the Protestant Reformation, once remarked, “If the doctrine of justification is lost, the whole of Christian doctrine is lost.” It is hardly surprising, then, that there is voluminous Protestant literature on justification.

The doctrine of adoption, by contrast, has been largely neglected. Yet the two are inseparably linked.
Grace Beyond and Above

Which is not to say that they are identical. Adoption is a grace beyond and above justification. In justification, God acquits sinners of all the charges against them. Indeed, he goes further still and declares that in Christ their righteousness meets the highest possible standards. They are as righteous as Christ himself (2 Corinthians 5:21). There is not a stain on their characters.

At this point, in normal human systems of justice, the accused is then simply free to go, and both he and the judge hope they will never see each other again. But the divine judge not only acquits. He invites the sinner home — and not just for an evening. He adopts us as his own forever, tells us we are to call him “Father,” and pronounces us lawful heirs to all he is and to all that he has.

Paul is the only New Testament writer who uses the term adoption, but he is not the only one who speaks of believers being God’s children. John also highlights it, particularly in 1 John 3:1. “See,” he exclaims, “what kind of love the Father has given to us, that we should be called children of God; and so we are.” Yet while they speak of the same subject, the two apostles use different language, and to get anything like the full doctrine we need to look carefully at each.
Change in Status

The word adoption, like the word justification, refers not to a change in our disposition and character, but to a change on our status. It speaks of a revolution in our relationship with God. As unbelieving sinners, we were utterly alienated from him: total outsiders, as far as his family was concerned. Now we belong, and by using the term adoption, Paul is using formal legal language to remind us that our membership of our new family is absolutely secure. It can never be undone.

There is a parallel to all this in the story of Moses. The abandoned Hebrew baby, born as a slave under sentence of death, is taken into the palace by a royal princess, and formally adopted as her son. It is just so with believers in relation to God. He is committed to us. He has given us his name. He has made us his heirs, and solemnly pledged that as our heavenly Father, he will provide for us with the lavishness that befits his means as possessor of all the riches of glory (Philippians 4:19).

He has said, in effect, “From now on, you have nothing to worry about (Matthew 6:26). I will care for you (1 Peter 5:7), and if you do ever find yourself overtaken by anxiety, come and talk about it to me at once (Philippians 4:6–7). Always remember that I am your home, and that I will never disown you; and should you ever go astray, I will always take you back (Luke 15:20). My love will never let you go.”

This article is designed chiefly for the enlightenment and comfort of those of God's people who are deeply exercised over their own obedience, and are often cast down by the defectiveness of the same. There is a real need for a Scriptural opening-up of this subject,...