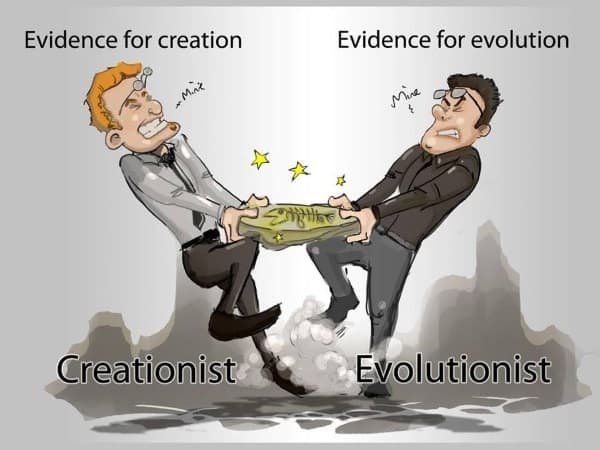 Don Batten – How a Biblical Worldview Makes Best Sense of the Evidence, Such that the Unbeliever has ‘No Excuse’

‘Prove to me that God created everything!’ Have you had anyone say that to you? Or ‘Prove to me that God exists’? Have you ever tried to do that, but encountered a brick wall of resistance where the challenger dismisses anything you have to offer? Your friend might even say, ‘You just have faith, you have no evidence, I base my beliefs on evidence.’

What is going on here? Your friend is beginning with a different worldview, an over-arching view of everything through which he/she interprets the evidence. The common non-Christian worldview in the West nowadays is secularism/atheism based upon naturalism. This has no place for a divine Creator and certainly not the One the Bible reveals, or the history of His works recorded in the Bible. Your arguments seem to fall on deaf ears.

The Bible says that such people have no excuse for adopting a view that excludes God. Romans 1:18 says that they are suppressing the truth in their unrighteousness because God’s existence is evident from what He has created (vv. 19ff).

Within the secular worldview, intelligent people are feverishly trying to work out clever-sounding ways to try to explain how the universe made itself, life made itself, and the diversity of life-forms on earth also made themselves. This is the grand scheme of cosmic evolution. They expend much energy trying to make it seem that they really know how these things happened. Much of this may even be in an effort to convince themselves—since the suppression noted above is by no means all conscious. They claim ad nauseum that this is a ‘scientific view’, but everything making itself from nothing contradicts something that is affirmed by every scientific experiment ever done. At its very core, science operates on the law of cause and effect; that things do not happen without something sufficient to cause them to happen.1 But that ‘minor point’ is overlooked.

We are talking about presuppositions here; fundamental assumptions or axioms that people bring to the evidence, and which they use to interpret it accordingly. It is very important to remember and point out that every person brings a worldview to the table when considering the origin of everything. We all have the same evidence in the present that we interpret according to an assumed history of the origin of everything—either that things self-created somehow, or that God created them.