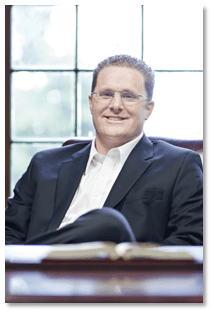 Have you ever faced a skeptic—maybe a family member or a friend at work—who threw slavery at you as evidence that the Bible can’t be trusted? They argue that if you are using the Bible as your authority on what is right and wrong, then you are basing your deeply held beliefs on a morally deficient revelation. If the Bible is wrong about something as elementary as slavery, how can it be trusted in its central claims about Jesus?

And so the issue of slavery often comes up when people wish to discredit the Bible—to show that it is not worth your admiration and trust. Sometimes these criticisms really sting. And sometimes, Christians don’t know how to answer—especially when the text in view is one like 1 Timothy 6:1-2:

1 Let all who are under the yoke as slaves regard their own masters as worthy of all honor so that the name of God and our doctrine may not be spoken against. 2 And let those who have believers as their masters not be disrespectful to them because they are brethren, but let them serve them all the more, because those who partake of the benefit are believers and beloved. Teach and preach these principles.

Some people read this text and think that because Paul tells slaves to honor their masters, he must also be endorsing slavery. But is it really true that telling these Christian slaves to submit to their masters is the equivalent of approving slavery? The answer is no for several reasons:

1. Telling someone to submit to an authority does not imply that the authority is morally approved.

God told the Israelites to seek the good of the city while they lived under the authority of Babylon, all the while God planned to destroy Babylon for its wickedness. Peter tells wives to submit to a husband’s authority, even those who are “disobedient to the word” (1 Pet. 3:1-2). Peter tells Christians to submit to governing authorities, even though those authorities were persecuting them (1 Pet. 2). No, God condemns any exercise of authority that is contrary to His holy will. And there are many elements of both Roman slavery and American slavery that were against God’s law. Treating a person as property without recognizing their dignity as image-bearers of Almighty God is sinful and condemned everywhere in the Bible. And yet that feature was endemic to both Roman and American slavery. So telling someone to submit to an authority is not an endorsement of the one wielding that authority.

2. The Bible Often Condemns the Means by Which Slaves Were Taken as Slaves.

In the first century, slavery wasn’t race-based like it was in the American South. People were taken as slaves through a number of means: warfare, piracy, highway robbery, infant exposure, and punishment of criminals. In all of this, there was always prevalent the issue of kidnapping people in order to enslave them. What does the Bible say about kidnapping?

In 1 Timothy 1:10, the apostle Paul says that kidnapping or man-stealing is against God’s law. Most interpreters recognize that this man-stealing was for the purpose of slavery. That is why the ESV has it as “enslavers” and the NIV as “slave traders.” Certainly, the background for Paul’s command is the Old Testament law:

Exodus 21:16 “Whoever steals a man and sells him, and anyone found in possession of him, shall be put to death” (ESV).

Who is to be put to death? The one who takes the man and the one who holds him. This is significant because some people have made the case that while the Bible does condemn slave-trading it does not condemn slave-holding (e.g., Douglas Wilson, Black and Tan, 56). If this view were correct, there would not necessarily have been any moral problem with Christians owning slaves in the American South during and before the Civil War.