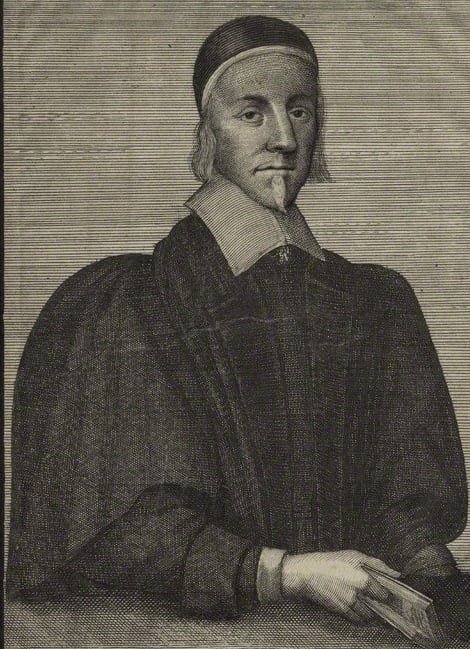 Isaac Ambrose was the son of Richard Ambrose, vicar of Ormskirk, Lancashire. Entering Brasenose College, Oxford, in 1621, he graduated B.A. in 1624, and was ordained to the ministry. He became vicar of the parish church in Castleton, Derbyshire, in 1627, then served at Clapham, Yorkshire, from 1629-1631. The following year he received a M.A. from Cambridge. Through the influence of William Russell, Earl of Bedford, Ambrose was appointed one of the king’s four itinerant preachers for Lancashire, and took up residence in the town of Garstang. The king’s preachers were commissioned to preach the Reformation doctrines in an area that was strongly entrenched in Roman Catholicism. About 1640, Lady Margaret Houghton selected him as vicar of Preston. As long as Ambrose lived in Preston, he enjoyed the warm friendship of the Hoghton family. His sermon, “Redeeming the Time,” preached to the large congregation assembled for Lady Hoghton’s funeral, was long remembered in Lancashire.

When the first civil war began, Preston remained loyal to the king and became headquarters for the Royalists in Lancashire. Nonetheless, Ambrose declared himself a Presbyterian when he subscribed to the Solemn League and Covenant of 1643, and was one of the ministers who served on the committee of Parliament appointed to oversee the ejection of “scandalous and ignorant ministers and schoolmasters” during the Commonwealth. Preston became a battleground between the opposing forces of king and Parliament. Ambrose was arrested twice for his Presbyterian beliefs, but he was quickly released on both occasions because of his friendship with the Hoghtons and other neighboring gentlemen and his own reputation for godliness.

Presbyterianism in Lancashire was served well by Ambrose in the 1640s and early 1650s, though not without strife. In 1648 he was a signatory of the harmonious consent of the Lancashire Presbyterian clergy, which expressed solidarity with the Westminster Assembly and opposed calls for toleration. In 1649, the local committee for the relief of plundered ministers ordered him to be briefly imprisoned in London. When Ambrose returned to minister in Preston, he faced ongoing persecution. Finally, in 1654, he gave up his post there, perhaps due in part also to illness (Oxford Dictionary of National Biography, 1:921). Ambrose moved north to become minister of Garstang, where he was ejected from his living in 1662 because of Nonconformity. He lived in retirement among his friends at Preston, dying suddenly of apoplexy on January 23, 1664. It was said of him: “He was holy in life, happy in his death, honored of God, and held in high estimation by all good men.”