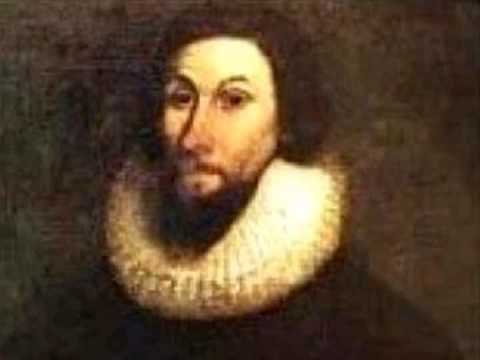 Lewis Bayly (1575-1631) was born around 1575 at Carmarthen, Wales, where Thomas Bayly, who probably was his father, was serving as curate at that time. Bayly secured the living of Shipston-on-Stour, in Worcestershire, in 1597, and three years later was presented to the crown living of Evesham in the same county, where he served as headmaster of the grammar school. Bayly soon became known for his preaching and so was appointed a chaplain to Prince Henry within a few years of the accession of King James. In 1606, he was presented to the rectory of Llanedi, Carmarthenshire, but remained largely at Evesham. Though he was a conformed Calvinist who respected the authority of the church, Bayly had emphases in common with the Puritans. Shortly after his wife passed away in 1608, in addition to his royal duties, he began to work on turning some of his sermons into what would become a Protestant classic, The Practice of Piety (see below).

In 1611, Bayly became treasurer of St. Paul’s Cathedral. In that same year, he earned a Bachelor of Divinity degree from Oxford and a doctorate in divinity in 1613. About that time, he succeeded Henry Mason at St. Matthew’s Friday Street in London. He was made prebendary of Lichfield in 1614 and, two years later, chaplain to the king. In December 1616, he was consecrated as bishop of Bangor, a position he held until his death.

Bayly’s Puritan convictions occasioned frequent conflict both at court and in his remote diocese of North Wales. In 1621, he was imprisoned for several months for his opposition to the Book of Sports. Fresh charges, endorsed by Archbishop William Laud, were brought against him in 1626 but resulted in nothing more than continued harassment. In 1630, Bayly was accused of ordaining clergy who had not fully accepted the doctrine and discipline of the Church of England. He successfully defended himself. He died in October 1631, survived by his wife and four sons.

The Practice of Piety: Directing a Christian Walk, that He May Please God. In the seventeenth and eighteenth centuries, this classic Protestant work was one of the most universally read English devotional books after John Bunyan’s Pilgrim’s Progress. Bunyan himself traced the beginning of his spiritual convictions to the reading of Bayly’s handbook. One Puritan pastor even complained that his flock regarded the devotional as equally authoritative as the Bible.