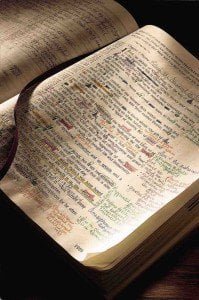 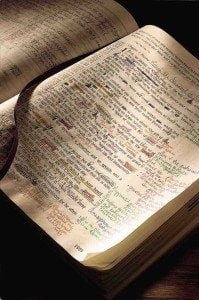 How do Christians navigate the tension of civility and courage?

It’s easy to grow discouraged by the way we often get it wrong, but rather than embracing cynicism, we should do our part to model civility through engagement, humility and prayer.

In an interview with Christianity Today, ERLC president Russell Moore said: “I hope to speak with convictional kindness. I hope to speak of a holistic vision of human dignity and human flourishing rooted in the kingdom of God—and to do so in a way that is grounded always in the gospel. I don’t view people who disagree with me as my enemies or my opponents. I hope to speak with civility and with kindness and in dialogue with people with whom I disagree.”

We can’t stop every instance of incivility, but we can begin by setting a good example for our friends, family and anyone in our sphere of influence. I’m particularly sobered by the way my own children watch the way I engage issues and the words I use when talking about public figures. What am I teaching them about respect and dignity? Extending this out to our social networks, churches, community groups and small groups, let’s use our platforms, however big, to demonstrate a gospel-centered approach to truth-telling.

Jim Daly, president of Focus on the Family models civility this way. According to a recent report in U.S. News, he encourages his staff to have coffee with anyone who disagrees with them, in order to engage in conversation to learn more about their point of view.

Jesus called us to be “in the world” but not “of the world.” We are to pledge allegiance to another kingdom but be ambassadors to this world. Too often fear keeps us isolated from people whose lifestyles and beliefs violate what we believe. And yet to love our neighbor means to engage those we disagree with, to learn more about them, to understand their stories and show them grace. It’s hard to fulfill the Great Commission in our communities if we never befriend those who are far from Jesus. And once you’ve made friends, it’s hard to think of them as an interest group or the “enemy.” We may not retreat from a biblical view of certain core issues, but meeting someone face to face adds certain winsomeness to our public words.

Many times the Bible calls us to “humble ourselves (1 Pet. 5:6, Jas. 4:6, Prov. 3:4). Our public and private words should reflect the brokenness of our own humanity. How can anyone who comes desperate to the foot of the cross demonstrate arrogance? It’s a contradiction. Grace allows us to be right about an issue without being arrogant in the way we proclaim it. Whenever I read the Gospels, I’m amazed at the difference between Jesus and the Pharisees. And before we pound those ancient religious folks too hard, let’s remember how right they were about most issues. And yet it was their pride that kept them from Jesus’ grace. When it comes to engaging the world, let’s not be Pharisees—people are more prone to listen to a broken believer than an arrogant fanatic.

I’m convicted by Jesus’ words of forgiveness on the cross and by his instruction to “pray for those who despise you” (Luke 6:28). Furthermore, we’re commanded to pray specifically for our political leaders (1 Tim. 2:1-3). It’s hard to hate someone you are praying for daily. I wonder how different our country would be if we simply prayed earnestly for those who lead us, who make policies, and who hold influential positions of power. Imagine if we replaced our crass and sinful speech with humble acts of prayer? How different would the world be?

The Courage to Be Civil

In my hometown, there are several activist groups who represent the interests of families and religious organizations. I know many of the leaders of these organizations, but there is one man in particular that is known throughout the state for his kindness and generosity. I’ve walked the halls with him and have seen politicians on the opposite side of issues warmly embrace him and consider him a friend. I’ve listened to him speak kindly of people with whom he finds little agreement. I know of several instances where this man’s kindness was the door through which someone came to faith in Christ.

This is just one example in one state, but it illustrates a gospel-centered approach to sharing truth in a spiritually antagonistic culture. My friend often has to deliver hard truths to folks who don’t want to hear them. But like Daniel before a hostile king (Dan. 1:8), he has earned favor through kindness and Christ-like love.

Many might argue that even the most winsome Christians will sometimes be accused of intolerance. Jesus, our example, perfectly threaded the needle of truth and grace and they killed him. Some may say, “Why try being nice? This is war; we must fight. Take no prisoners.”

But while civility can serve us well and give us a better audience, we should not simply pursue kindness because it works. We should do it because we are called to a different standard—in our speech and when engaging those who fiercely oppose the gospel. Peter reminds us: “…but as he who called you is holy, you also be holy in all your conduct, since it is written, ‘You shall be holy, for I am holy.’” (1 Pet. 1:15-16)

To be holy is to be “set apart” for God. Not only does it mean we make different lifestyle choices, but it means that we allow the transforming power of the gospel to change the way we speak. Kindness, then, is not the sign of capitulation. Civility is not the trait of a weak-kneed sympathizer of evil. It’s the mark of someone courageous enough to live for another world, whose allegiance is to another King. To consistently embrace the biblical ethic of civility will require it’s own bit of courage. It will invite attacks not only from those you disagree with, but also from your own political or theological tribe.

We must, within the sphere of influence God has given us, model a more excellent way to communicate truth. It requires a willingness to follow Jesus, even in the way we speak. Because the words we use really do matter. If used well, they can be a beacon of hope to a watching world.