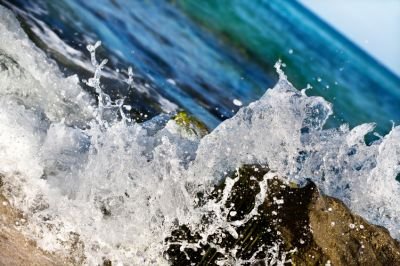 While walking by the Sea of Galilee, he saw two brothers, Simon (who is called Peter) and Andrew his brother, casting a net into the sea, for they were fishermen. And he said to them, “Follow me, and I will make you fishers of men.” Immediately they left their nets and followed him. And going on from there he saw two other brothers, James the son of Zebedee and John his brother, in the boat with Zebedee their father, mending their nets, and he called them. Immediately they left the boat and their father and followed him. (Matthew 4:18-22)

Jesus’ promise to make His disciples ‘fishers of men’ is understood quite plainly. Christians are commanded to cast out the Gospel net and proclaim Jesus as the Saviour of the world so that God may draw people into His Kingdom.

Sharing the Gospel/Casting the nets

Ideally, sharing the Gospel of Jesus with someone involves communicating two primary components; sin and grace. The first is to explain Christ’s moral standard for all people so that people can compare themselves to it, revealing their sinful state and their need of salvation from God’s judgement (eternity in hell). The second is to show God’s grace in that while we were still sinners Christ died for us so that those who put their faith in Him can be saved (the ‘Good News’!). Christ paid the penalty that we deserve to pay, He is the way of salvation. No one comes to the Father except through Jesus.

The aforementioned verse in Matthew describes two activities, casting for fish and repairing the nets. Obviously, uncast nets will not catch anything. But nets with holes in them are of little use as well. Small catches might still be possible, but large hauls will be harder to land no matter how much effort is put into casting. A net riddled with holes is compromised and allows many fish to wriggle out through the gaps. Similarly, a Gospel net that is severely compromised may function the same way.

Apologetics is giving a reasoned defence (1 Peter 3:15) of God’s word with the purpose of refuting arguments (2 Corinthians 10:5) that conflict with God’s word. The purpose of biblical apologetics is twofold. One is for believers, to build up their faith by using reason to show the entire Bible (the back story of the Gospel) can be intelligently defended. The second is for the non-believer, to remove objections (stumbling blocks) and to show that all other worldviews are deficient when examined logically. Apologetic arguments reinforce to the unbeliever that they will have no defence (Romans 1:20) when they face their Creator and to (hopefully) allow us to share the Gospel with them again.