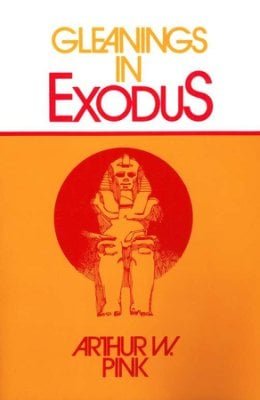 A. W. Pink – Gleanings in Exodus

In commencing the study of any book in the Bible it is well to remind ourselves that each separate book has some prominent and dominant theme which, as such, is peculiar to itself, around which everything is made to center, and of which all the details are but the amplification. What that leading subject may be, we should make it our business to prayerfully and diligently ascertain. This can best be discovered by reading and rereading the book under review. If other students before us have published the results of their labors, it is our duty to carefully examine their findings in the light of God’s Word, and either verify or disprove. Yet, concerning this there are two extremes to guard against, two dangers to avoid. The first, and perhaps the one which ensnares the most, is the assumption that other students have done their work so well, it is needless for us to go over the same ground. But that is laziness and unbelief: God may be pleased to reveal to you something which He did not to them; remember that there are depths in His Word which no human sounding-line has fathomed. The second danger is the craze for originality and the egotistical belief that we shall search more diligently than they who went before, and that therefore the results of our labors will be an improvement over all who have preceded us. This is unwarrantable conceit, from which may Divine grace deliver us all.

With some books of the Bible we can more readily discover the central theme than in others. This is noticeably the case with the first few books in the Old Testament. It is as though God had made it easier at the beginning so as to encourage us and prepare the way for some of the more complex books that follow — complex so far as their leading subjects are concerned. Historically considered, the book of Genesis is the book of beginnings; but viewed doctrinally, it is seen to be the book which treats of election: — God choosing Shem from the three sons of Noah to be the channel from which should issue, ultimately, the Savior; God singling Out Abraham to be the father of the chosen Nation; God passing by Ishmael and choosing Isaac; God passing by Esau and choosing Jacob; God appointing Joseph from all the twelve sons of his father to be the honored instrument for making provision against the famine, and being raised to the second place in all Egypt; finally, in the passing by of the elder of Joseph’s sons and the bestowal of the firstborn’s portion on Ephraim (48:13-20) we behold another illustration of the same principle. Yes, election is clearly the characteristic doctrine of Genesis. And this is exactly what we might expect. “God hath from the beginning chosen you unto salvation” (2 Thess. 2:13), hence this truth is illustrated again and again in this book which begins the Scriptures. Just as surely may we anticipate — in the light of the New Testament — the dominant theme of Exodus.