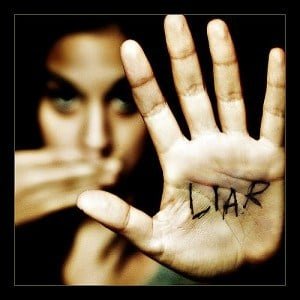 On March 15, 44 BC (Ides of March), deception came to Julius Caesar, who was literally stabbed in the back, while he pronounced the now famous words to his friend, “Et tu, Brute”? (meaning, “And you,” or “You too, Brutus?”).

Have you ever felt betrayed by a close friend? What about another Christian? How about an equal, a real companion? How did you react? Psalm 55 helps us deal with anguish and betrayal. In this post, I will provide four teaching points.

This Psalm has been said to reflect the betrayal of Christ, by Judas; however, I believe it was written when King David was double crossed by his true friend and counselor, Ahithophel; when Absalom, David’s son, conspired to overthrow the kingdom. Other than the Passion of Christ; undoubtedly, there is no greater story of treachery, conspiracy, and back-stabbing then that of Ahithophel and Absalom. Instead of going into great detail regarding the overthrow of David’s kingdom, we do need to mention David’s reaction to Ahithophel’s defection and Absalom’s conspiracy:

2 Samuel 15:30-31, “David went up the ascent of the Mount of Olives, weeping as he went, barefoot and with his head covered. And all the people who were with him covered their heads, and they went up, weeping as they went. And it was told David, ‘Ahithophel is among the conspirators with Absalom.’ And David said, ‘O LORD, please turn the counsel of Ahithophel into foolishness.”

Christians portray David as some sort of super-hero with nerves of steel; however, the Psalms illustrate his emotions, joys, and tears. In Psalm 55, David cried out to the Lord, to hear his “plea for mercy” (v.1). Read David’s soulful lament:

“Attend to me, and answer me; I am restless in my complaint and I moan…My heart is in anguish within me; the terrors of death have fallen upon me. Fear and trembling come upon me, and horror overwhelms me. And I say, “Oh, that I had wings like a dove! I would fly away and be at rest…” (Psalm 55:2, 4-6).

Wow, David moans—have you ever moaned in despair to God? Have you ever felt a heart of anguish? David states that he can’t sleep, his soul literally is trembling with an overwhelming horror. Wait a minute—isn’t this the man who took down the giant Goliath? Isn’t this the man who had “slain his tens of thousands”? The one continuum throughout the Bible is evidencing that each of our “heroes,” are completely fallible, human, and need of God. David is no different. Finding his circumstances out of his control brings him to his knees. How about you? Perhaps as David, you would like to sprout wings and “fly away” from your current problems?

How does David demonstrate a godly way of dealing with anguish/betrayal?

“For it is not an enemy who taunts me—then I could bear it; it is not an adversary who deals insolently with me—then I could hide from him. But it is you, a man, my equal, my companion, my familiar friend. We used to take sweet counsel together; within God’s house we walked in the throng.” (55:12-14)

David shows that his “enemy” is no enemy at all; in reality, the troubler of his heart is a man who walked with him in “God’s house,” assuredly not a pagan, but a “companion.” It really hurts when the people we dearly love betray us. But, let us not blame others or gossip, but seek to identify the real problem and submit it to God. David reiterates to the LORD:

“My companion stretched out his hand against his friends; he violated his covenant. His speech was smooth as butter, yet war was in his heart; his words were softer than oil, yet they were drawn swords” (55:20-21).

David’s betrayer lived in covenant with him; meaning, he was extremely close. David states that “his speech was smooth as butter…yet they were drawn swords.” Did you catch that? Have you ever had someone stab you in the back with smooth words? This is what David is identifying; his “friend” is a back-stabber! Ahithophel was David’s counselor, confidant, and now conspirator. Ahithophel knows David’s thoughts, feelings, hopes, and dreams…a man who walked in covenant with him. Maybe a loved one has left you, betrayed you, or desires suddenly to see your demise? Look at David’s response…identify your problem and give it to God.

David was honest with his emotions, before God. David states, “Destroy, O Lord, divide their tongues…” (55:9); “Let death steal over them; let them go down to [the grave] alive; for evil is in their dwelling place and in their heart” (55:15). Assuredly when people do us wrong, we want revenge; we want to hurt them back; we want them to feel our agony and pain. However, honesty goes a long way; especially, when coupled with humility. David’s exposed heart before God does not hide his intent for violence, and hurt feelings. To the contrary, David’s words express truth to a Creator, who already knows; David does not conceal his heart.

Are you being honest with God concerning someone who has hurt you? If you are struggling with this, ask God to reveal your heart and help you through this difficult time. This leads us into the second to last point.

3. Don’t Take Matters into Your Own Hands

You may be thinking, I thought we are to love our enemies? Yes, David wished evil and death upon his conspirators, but the very next verse illustrates an imperative for us: “But I call to God, and the LORD will save me. Evening and morning and at noon I utter my complaint and moan, and he hears my voice” (55:16-17). David never ceased to call upon God. David could have easily taken this fight into his own hands, but he cried out to God, all throughout the day. David acknowledged that God heard his voice. Do you fear that God is not listening? If so, have you poured out your heart before him, with all honesty? If we have unforgiveness, then surely our prayers can be hindered…remember, be honest!

David knows that he can trust God. He reinforces his faith by reminding himself, “Cast your burden on the LORD, and he will sustain you, he will never permit the righteous to be moved” (55:22). Our adversary is a liar—don’t allow him to put thoughts into your head. God is for you, not against you. David ends his lament, “…I will trust in you” (55:23). Let me ask you, where is your trust and faith? Do you let the cruel thoughts, evil actions, and wicked deeds of others to control you? As it has been said, “If you allow someone to anger you, then they can inevitably control you.” Therefore, put your trust in God, meditate on the Word, and reflect upon His saving power.

Let’s recap: (1) identify your problem, (2) be honest with God regarding your emotions/feelings/heart, (3) don’t take matters into your own hands, and (4) reinforce your faith, by submitting to God.